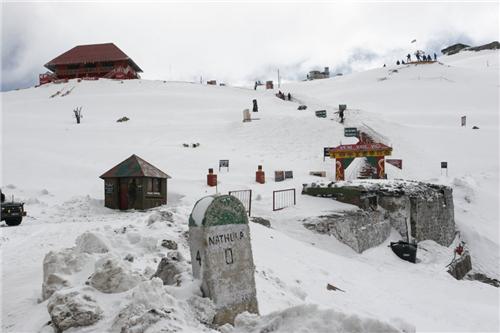 One of the highest motorable roads in the world, the Nathu La Pass is a mountain pass in the Himalayas. The pass forms a part of an offshoot of the ancient Silk Road. Nathu La is open only to Indian tourists. Located around 55 km from Gangtok, Nathu la is a place of breathtaking beauty. The Nathula pass remains snow covered most of the times thereby giving the place a heavenly and ethereal look. The winding Gangtok–Nathula Highway is one of the most exotic mountain roads of the world. 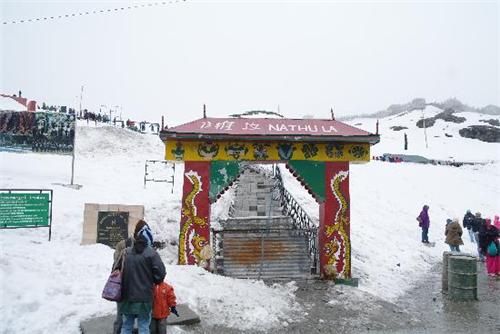 In Tibetan language "Nathu" means listening ears and "la" means pass. Nathu La pass is situated at an altitude of 14,400 feet. The road to Nathu La passes through the Tsomgo lake. The pass area is surrounded by alpine flora. During winter, the pass is covered with heavy snowfall. In the higher reaches of the Himalayas the temperature in summer remains 15 degrees Celcius.

Nathu La is one of the three open trading border posts between China and India. It forms a part of an offshoot of the ancient Silk Road. The Silk Road connects Lhasa in Tibet to the plains of Bengal to the south. During the time of British, trade volumes increased in 1815 after the British annexed territories belonging to the Sikkimese, Nepalese and Bhutanese. The trade pass was opened in 1894. During 1962 Sino-Indian war Nathu La witnessed battle between the soldiers of the two countries. Later the passage was sealed for nearly four decades. In 2006, Nathu La pass was reopened and the barbed fence was replaced by a 10 meter stone walled passageway. 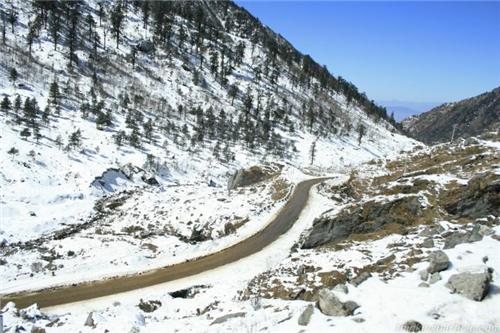 Nathu la pass is a splendid work of nature. The area here remains windy and snow-clad most of the times. The winding Gangtok–Nathula Highway is one of the most beautiful mountain roads of the world. Nathu La is open to the Indian tourists on Wednesday, Thursday, Friday, Saturday and Sunday. Tourists have to obtain permit from Gangtok to go upto Nathu la.

The border checkpost at Nathula Pass is marked by the Border Gates of India and China, an Exhibition Centre of Indian Army and a war memorial. Tourists need to abandon their vehicles few kilometers away from the Nathula Pass to reach the actual border. Around 90 steps have to be climbed to reach the border gates and memorial. The road is a very adventurous one. Tourists are allowed to go close to the international border where they can see Chinese soldiers on the other side of the barbed wire. On a clear day tourists can see the road winding down the Chumbi valley and can also enjoy great views of Mt. Chomolhari from Nathula Pass.