Waterfalls and Lakes in Gangtok

The exceptionally beautiful town Gangtok is adorned with beautiful lakes and scintillating blue hills. Gorging waterfalls run down from these high hills into the deep valleys below giving breath-taking beauty to the onlookers. Lakes and falls in Gangtok like Tsongmo Lake, Ban Jhakri Falls and Bakthang Falls are known for  their beauty and should be included in your must visit places in Gangtok. 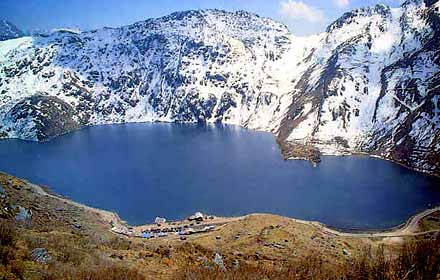 One of the worth visiting sites in Gangtok is the Tsomgo Lake, situated 40 km from Gangtok. Also known as the Changu lake, Tsongmo lake is situated at a height of 12,210 ft above sea level. This 50ft deep, oval shaped glacial lake is regarded sacred by the people. Home to Brahmini ducks, the lake is also a stopover for various migratory ducks.

The lake remains frozen during winters and this sight of the lake gives it an ethereal beauty. Migratory birds could be spotted during winter in the lake. Wonderful flowers including primulas, rhododendron, blue and yellow poppies and irises could be seen blooming by the lake. Yak ride could also be enjoyed near the place and for devotees there is a temple dedicated to Lord Shiva located on the banks of the lake. 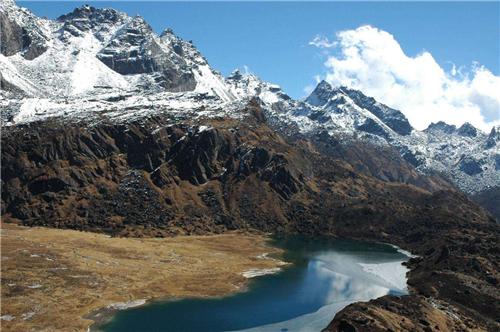 Situated at Aritar near Gangtok the Lampokari lake is saddled on the top of a hill. Surrounded by lush greenery, this serene lake is considered one of the oldest lakes in Sikkim. The lake is shaped like a human foot and is about 350 meters in length and 75 meters wide. Although a natural lake, it has been recently provided with artificial embankment to facilitate boating, a first for Sikkim. 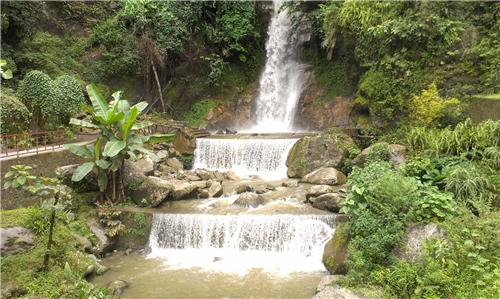 Situated 4 km from Gangtok, Ban Jhakri Falls is an energy park and a theme park located on the route to Ranka monastery at Gangtok. Ban Jhakri means a forest shaman. “Ban” means primitive and “jhakri” means shaman (Shaman is a priest among people of Northern Asia). Ban Jhakri is regarded as having healing and magical powers. 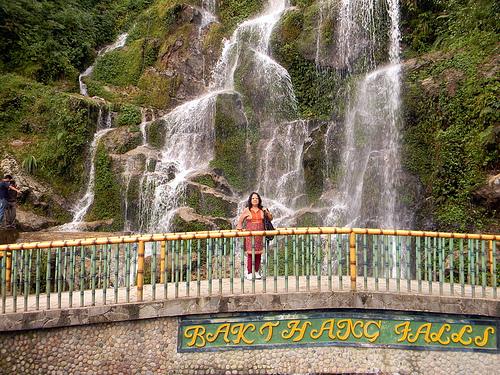 Situated 3 km from Gangtok, Bakthang Falls is a splendid fall in Gangtok. The fall originates from Ratey Chu, the main water source of Gangtok area. Bakthang falls is a place of immense scenic beauty as the  lush greenery and the natural vegetation of the place are breathtaking. The tranquility and serenity of the place add to the beauty of the falls. 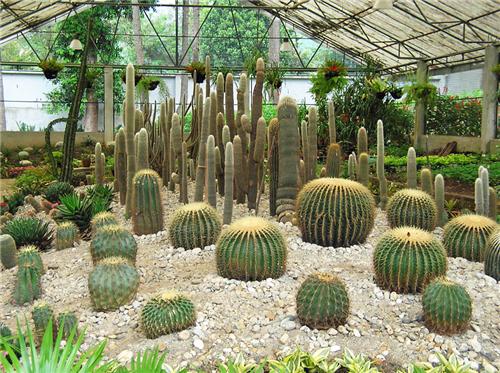 Saramsa Garden is home to Sikkim’s most exotic orchids and other rare tropical and temperate plants. It is situated at a distance of 14 km from Gangtok and is widely visited by tourists. The site is ideal for recreation and picnic.