The capital city Gangtok, situated in the eastern Himalayan range, is a culturally developed city in Sikkim. Gangtok is inhabited by people of different ethnicity such as Nepalese, Bhutia and Lepchas. These communities in Gangtok have kept intact the unique culture and identity of the city. The Nepali community comprises of the major population in Gangtok. Buddhism and Hinduism are the most significant religions followed in Gangtok. With the presence of several monasteries and religious institutions, Gangtok has been a centre of Tibetan Buddhist culture and learning in Sikkim. The unique culture in Gangtok can be understood from the dance and music, the festivals celebrated and the food habit of the people.

Gangtok is a city where different festivals are celebrated round the year. Festivals are an integral part of culture of Gangtok depicting the rich cultural heritage of the capital city. The city witnesses celebration of diverse ethnic festivals. Religious festivals of Dashain, Tihar, Diwali, Holi, Christmas amongst others are celebrated in Gangtok. Saga Dawa is a famous Buddhist festival celebrated in Gangtok. Phang Lhabsol is a  colorful festival celebrated in the honour of Mount Khangchendzonga and Dsdain is celebrated in September-October holding special significance to Both the Hindus and Nepalis. While the Bhutias and Lepchas celebrate new year in January, the Tibetans celebrate Losar (new year) with "Devil Dance". The Nepalis celebrate Maghe sankranti and Ram Navami. Other festivals celebrated in the city are Buddha Jayanti, Chotrul Duchen, the birthday of the Dalai Lama, Saga Dawa, Bhumchu, Lhabab Duechen and Drupka Teshi.

An annual Gangtok Food and Culture Festival is organised by the Sikkim Tourism Department in Gangtok in December every year. During this time the food culture of the state is celebrated with huge enthusiasm. Different stalls and shops are put up at Titanic park in MG marg selling the multi cultural cuisines of Sikkim. A cultural show is also organised opposite the Tourism and Civil Aviation Department. A variety of music and dance performances are also held to entertain the visitors. 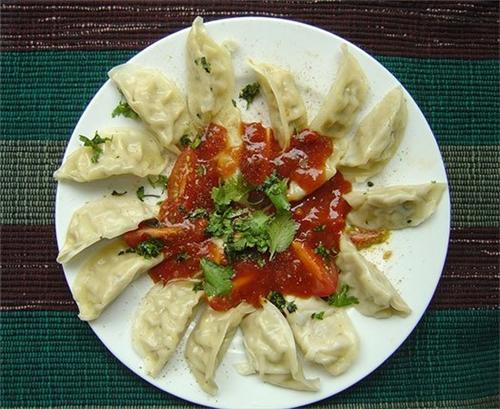 The people of Gangtok love their food. People here are fond of traditional, Tibetan and Chinese dishes. The most popular food of Gangtok is momo. Momos of Gangtok are delicious and mouth watering as the filling consists of non vegetarian stuffs like pork, beef, chicken and vegetables served with watery soup. Thupka, a form of noodle, is also a popular food item consumed in Gangtok. People here are also fond of Chowmein, shah-phaley, fakthu, thenthuk,  Gack-ko soup, gyathuk and wonton.


Dance and Music of Gangtok 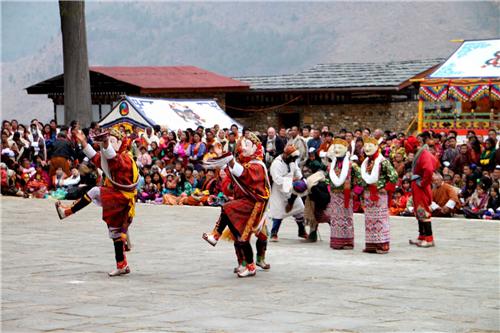 The People of Gangtok are very enthusiastic about dance and music. Dance and music forms an integral part of the lives of both the tribals and the non tribals here. The residents of Gangtok are hard core music lovers. And the love of music gets all the more accentuated when it comes to Western music. One will also find a music lover in love with indigenous Nepali rock music stuffed with Western rock beat and Nepali lyrics. The tribes here love their traditional dance forms. Among the dances practiced here one is Chhaam dance, a monastic dance performed in monasteries during the Tibetan new year. Other dances such as Nepalese dance, Bhutia tribe dance and Lepcha dance is performed by the tribes in Gangtok.