A Shangri-la for gastronomists, the long list of restaurants in the picturesque town of Gangtok in the northeastern Indian state of Sikkim is delectation. Exciting combo of Sikkimese cuisine and Tibetan cuisine, a burst of sapidities from the neighboring Bhutan and delicate Momos that are as white as clouds and as soft as cotton balls - that is, more or less the food scenario of Gangtok! Pick out from the diminutive Roll House that seems kind of momentous in terms of taste, or the Taste of Tibet, which surprises the food lovers with the intricately designed Sha Phaley.

One cannot pass over the iconic Baker's Cafe too, for it will astonish the guests with its Apple Crumble and Lava Muffin and Masala - The Restaurant with its improbable South Indian delicacies like Masala Dosa and Onion Uttapam. And if you plan to finish your trip to Gangtok without visiting the 9'INE Native Cuisine Restaurant and Bar, then it is indisputable that you are missing out something amazing as they specialize in Sikkimese cuisine and extend a long menu. Potpourri is possibly the appropriate word for the restaurants are of Gangtok. Go and indulge in a gastronomic adventure in Gangtok! 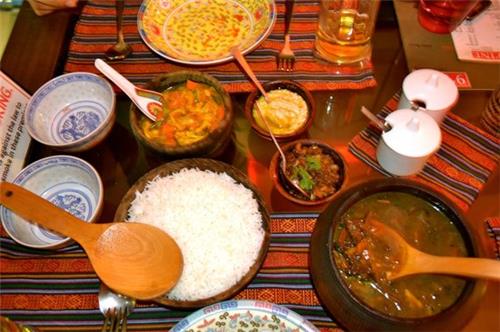 Regarded as one of the most visited restaurants in the town, visiting the notable 9’INE Native Cuisine has become an important mention in the list of 'things to do in Gangtok'. Known for its Tibetan culinary art, 9’INE Native Cuisine is a perfect place in Gangtok to explore the food scenario of the northeastern state of Sikkim. Some of their specialties include a wide variety of momos like steamed momos, fired momos, Sikkimese native meal served in four variants (vegetarian, chicken, beef and pork), dim sums, Bhutanese dachi, native starters, kinema - traditionally fermented soyabeen food, Maachoo - traditionally cottage cheese cooked with butter and eggs, gundruk - traditionally fermented leaves of mustard, raddish and cauliflower and a lot more!

Patience is the keyword here as they prepare fresh food which might take 15-20 minutes. So maintain patience and you will be amply rewarded with the most delicious preparations. In this restaurant, go by the phrase 'patience always pays off' that food ordered here are freshly made unlike other restaurants that usually follow partly pre-prepared fashion! But then, you will be fully paid back for your wait with the most pleasant-tasting delicacies. 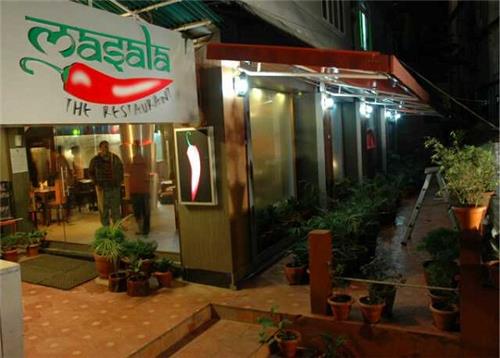 It is interesting to eat the typical Chennai delicacy of Onion Utthapam in Gangtok which is more than 2,300 km away from the southern metropolis! Not just South India, this restaurant specializes in a wide range of cuisine. Some of their specialty dishes include mysore masala dosa, sandwiches, momos (steamed, fried, paneer chilli, crispy chili), paneer cutlet, cheese ball, kashmiri pulao, butter masala dosa, Shanghai friend rice and so on. 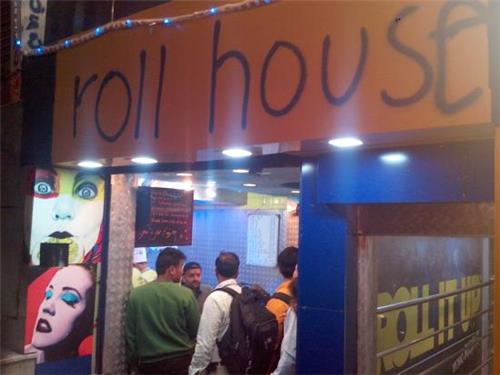 The best fast food junction in all of Gangtok, Roll House is lilliputian eating place and believe it or not, that is their strength! If you are looking for most toothsome rolls in Gangtok, then head straight to Roll House as they amaze the foodies with their large range of rolls and momos. Some of their specialty dishes from their menu include veg rolls which comes in variants like mashed potato, cheese mix, nutrela mix, green chilli, mashed potato rolls with variants like paneer mix, capsicum mix, cheese rolls with a few variants, paneer rolls, nutrela rolls and so on.

Besides, after hours of shopping spree across the busy MG Marg followed by a little visit to the roll house to taste the cabbage onion roll for as little as fifteen rupees is nothing short of awesomeness! Not just rolls as they rock you with their large variety of momos too. Some of the best picks include veg momo, paneer/cottage cheese momo, nutrela/soya momo, corn momo, chilly garlic momo, soya paneer mix momo and so on. Go for it and roll yourself with the tasty rolls from the roll house. 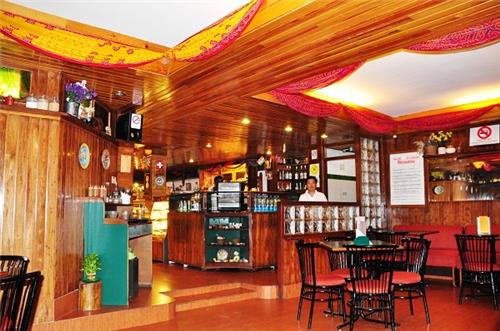 Baker's Cafe is a dream stop for confectionery buffs! Gracefully situated at the famous MG Marg in Gangtok, the Baker's Cafe is a perfect place to bask, loosen up and calm down your hunger in a great way with the massive variety of mouth watering bakery items and refreshing drinkables.

Thronged by local people and tourists alike, Baker's Cafe is one among the few eating places in Gangtok which offers sandwiches, cakes, buns, muffins, cookies, rolls, pizzas, croissants, paninis, espresso, garlic toasts, honey pancakes and what not, you name it and Baker's Cafe is here to amaze you! Go for an evening snack and try the specialty items of the cafe along with sipping the hot coffee and gazing the best of nature just outside, it is indeed remarkable! 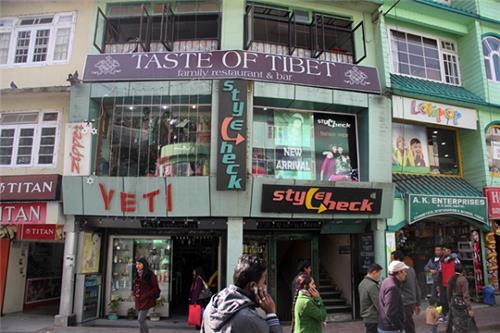 Taste of Tibet Family Restaurant and Bar - one of the most happening eating houses of Gangtok is an improbable choice among the youngsters of Gangtok. The restaurant is notable for its finest Tibetan morsels in all of Gangtok. Some of their specialties include momos, fried pork, Tibetan shapale, thukpa, chicken chili, lamian noodles, variety of soup noodles like thenthuk, cold beef salad and a lot more. If you are looking for a luxury restaurant and authentic Tibetan food, choose the Taste of Tibet restaurant and you won't regret!

Explore more about Food of Gangtok