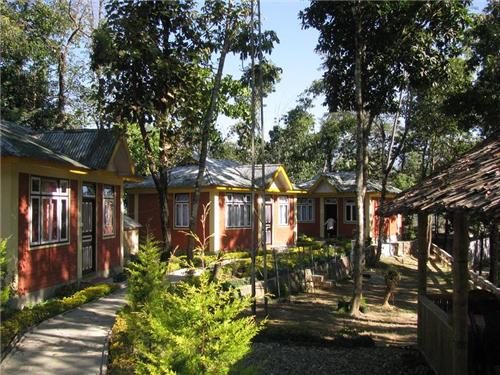 A small village situated at East Sikkim district, Aritar is a popular tourist destination near Gangtok possessing immense scenic beauty. Aritar is located on the edge of the Himalayas and is bordered by the Mount Kanchendzonga. The natural beauty of Aritar is characterized by lush green forests, rivers and mountains. The majestic landscape and the natural vegetation of the region attract tourists to this beautiful place.

Lampokhari is one of the oldest natural lakes in Sikkim. It has the distinction of being the only lake in Sikkim having boating facilities which was recently introduced. There is also a beautiful resort namely Lampokhari village resort for tourists.

Also known as “Ari bangla”, the dak bunglow is an old house built by the British.

One of the holiest monasteries in Sikkim, the Aritar gompa belongs to the Kagyuappa order. The traditional architecture, painted murals and treasures of manuscripts and icons of the gompa are the major attraction of the monastery.

Parbateyswar Shivalaya Mandir is one of the holiest temples for the Hindus in Sikkim. During the month of “Sawan’ large numbers of devotees throng the temple to offer prayers to the deity.

Mankhim is a sacred temple of the Rai of Nepali origin. It is located at a height of 6500 feet at Maity village.

Nirmal Dham is an abode of the Nirmal Guruji or Kopchey Baba. Devotees believe that the 'baba' has healing powers and visit the place to recover from illness.

Ram Gauri Sanghraylaya is a privately owned museum having wide collection of botanical and other varieties of flowers and drift wood. 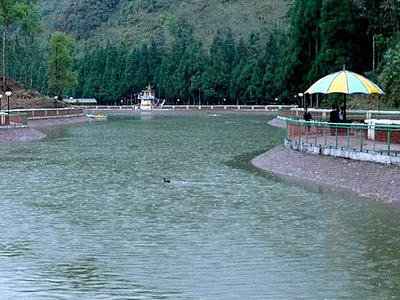 How to reach Aritar

Aritar is located at a distance of 4 hours drive from Gangtok. To reach Gangtok one has to first travel upto Siliguri or New Jalpaiguri in West Bengal and from there one can take taxis, jeeps and buses to reach Gangtok.